Upon checkout, this download will be immediately delivered to your My Account, Order History/Digital Downloads section of the REALTOR® Store. You will not receive a physical product.
Upon checkout you will be able to choose your preferred delivery method. If you choose ground shipping your product will be delivered within 5 to 7 business days. Please note, we do not ship to P.O. Boxes.

The HyperLocal HyperFast Real Estate Agent: How to Dominate Your Real Estate Market in Under a Year- I Did it and so Can You!

According to recent surveys, the average real estate agent makes less than $10,000 a year and close to 90% of new agents will not last more than two years in the business. Fewer than 10% of agents will make over $100,000 and the majority that do have been in the business for decades. The average real estate agent sells 12 homes a year and for agents that are just starting out that number is less than four. In 2012 Dan Lesniak used a unique strategy to upend the industry trends. In his first year in real estate Dan had over 36 transactions totaling over $22 million in sold volume, making him one of the most successful rookie real estate agents ever. He did this by taking over one of the most competitive market areas in the country, that had previously been dominated by agents with over 10 years experience.

In The HyperLocal, Hyper Fast Real Estate Agent, Dan tells how he used the Segmentation, Targeting and Positioning (STP) framework to identify potential markets, choose which ones to go after and how to add massive value to the consumers in that market. This book will teach you how to use the STP framework to enter new markets or increase market share in your existing markets by adding more value to your potential clients and communicating your value proposition to the market. Whether you are a new agent getting started or a veteran agent looking for more growth this book will show you how to do it using examples of how Dan did it in the hyper competitive Arlington, VA (Greater Washington DC) market.

Dan Lesniak began his career in real estate in 2012 after having successful careers both as a Naval Submarine Officer and Defense Contractor. His hyperlocal strategy led to one of the fastest starts in real estate with over $22 million in sales in his first year. Since 2012 Dan has gone on to create the Orange Line Living Team, a premier real estate group in the Washington, DC area. The team merged with the Keri Shull Team in 2013, and together in 2014 they ranked 4th in the world at Keller Williams. In 2015, Dan and Keri established Optime Realty, where the team currently operates. Since then they have gone on to become one of the top 35 teams in the nation and number one in Virginia as ranked by Real Trends. Dan is an avid endurance athlete, having completed 13 marathons (including three Boston Marathons) and three Ironman triathlons. He lives in Arlington, VA, with his wife Keri, their son Braden, and daughter Kierra.

In The Conversion Code you will learn a step-by-step system for capturing and converting online leads into closed sales at the highest rate possible.Today's consumers are savvy, and they...

The Secrets of Top Selling Agents webinar program has been a leading source for real estate education, career advice, and best practices since 2007. These game-changing tips from some of the biggest...

The Little Black Book: Relationship Rules to Live By for REALTORS®

New and updated edition now available! Real Estate Advertising Made Easy is a complete marketing tool for anyone involved in real estate. For the real estate professional, the mix and match format...

Social Media Marketing for Your Business

This invaluable resource shows you how to create a winning marketing plan by carefully setting goals, creating strategy, and targeting audiences. Social Media Marketing for Your Business will help...

Virtual Viewings: Using Technology to Show Properties Webinar with Nikki Greenberg Today there are an incredible number of digital tools available for marketing and showing properties over the...

In partnership with the Right Tools, Right Now Program this product is FREE. The 2021 Profile of Real Estate Firms examines real estate firms: their characteristics, business activity, education and...

The Little Orange Book: Sales and Marketing Rules to Live By for REALTORS®-Download

Association Executives can earn this product download for FREE through MVP. This offer expires on December 31, 2022. ACT NOW! The Little Orange Book: Sales and Marketing Rules to Live By for...

Be the first to review this product!

About book About the author 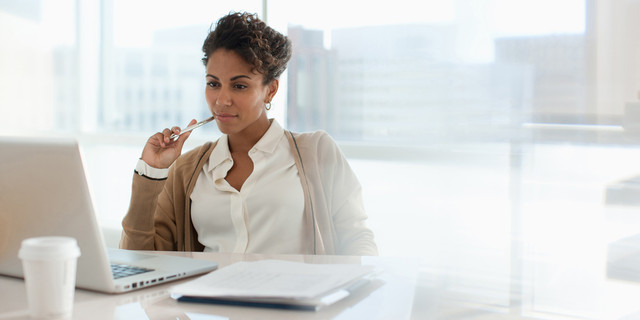 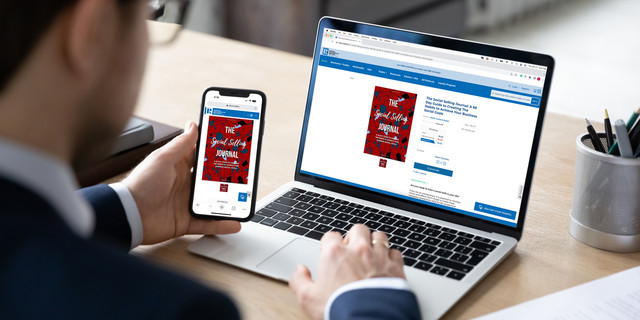 Level Up Your Social Media Strategy 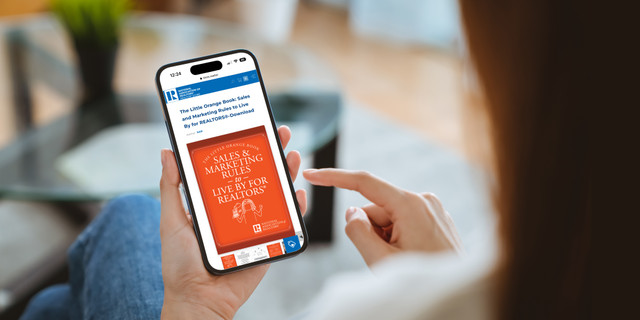 Successful Strategies to Up Your Sales Game
×

Get access to new items, disount pricing , and the latest events